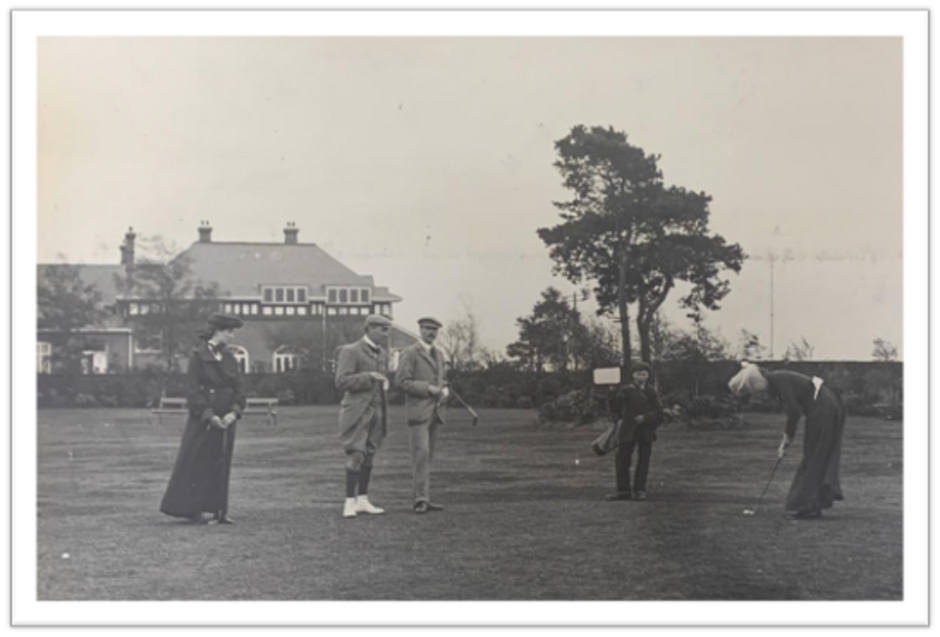 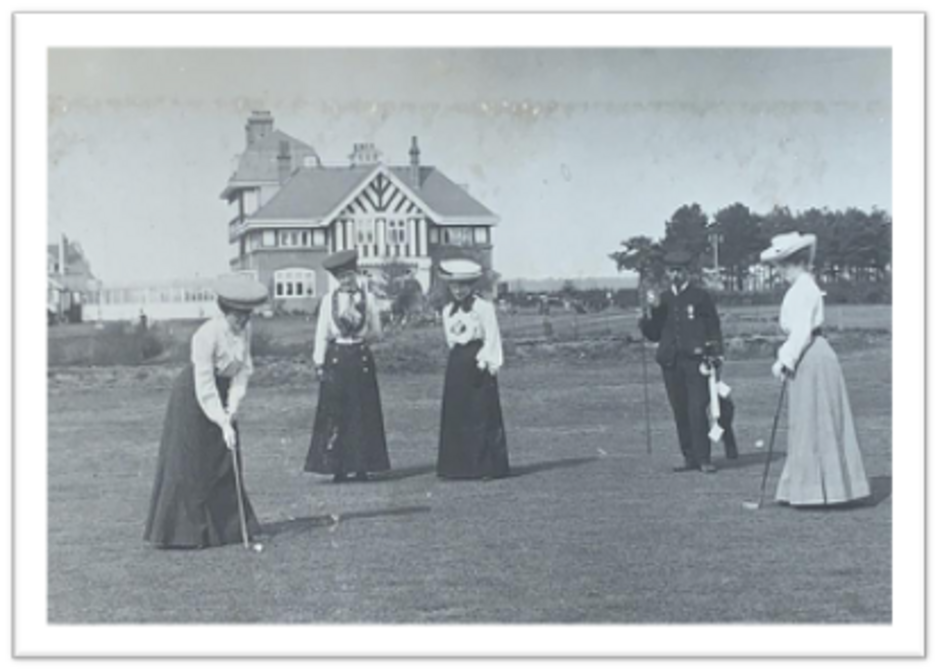 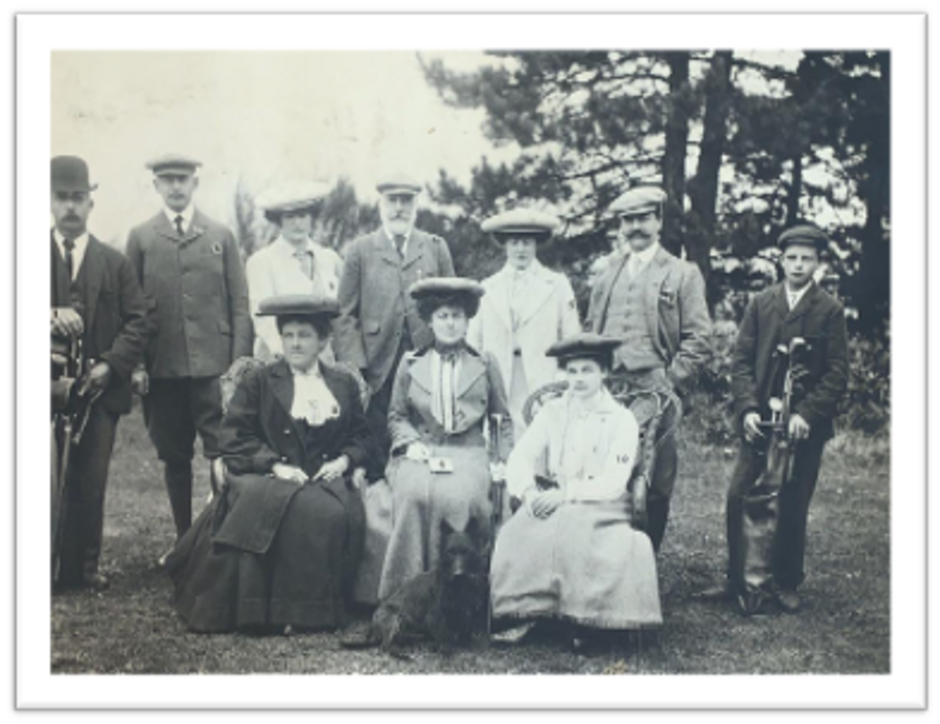 Sunningdale Ladies' was unique - it was steeped in history, the list of Past Captains resembles a page from "Who's Who" with eminent names, wives of Lords and the Duchess of York.

Sunningdale Heath was developed on land originally forming part of Windsor Forest. It was bought in 1524 by St John's College Cambridge who still own it today.

In those days Sunningdale had few houses, the area being mostly common land covered with gorse, heather and a few trees. The construction of the Woking to Staines Railway divided the land and thereafter parts were sold off for development

Sunningdale Ladies' was unique and steeped in history. Seven members of our Royal Family, five of whom directly descended from Queen Victoria, have held official positions within the club, including two future Queens.

In 1898 Mr.T.A. Roberts assisted by his brother constructed a house for himself called Ridgemount. Ridgemount was subsequently enlarged and was known as The Dormy House providing accommodation for members of Sunningdale Golf Club. (This was the origin of the term "Dormy house" to be found in close proximity to other golf clubs).

Part of this building went on to become the original club house for Sunningdale Ladies Golf Club until the current one was constructed in 1972.

HRH The Duchess of York, became The Queen Mother, was Captain of the Club in 1932 and Patron for fifty four years.

Her 100th birthday was celebrated in grand style by past captains and committee members dressing in 1900's costume and joining the official parade on Horse Guards to the delight of onlookers.

Stay up to date with our latest exclusive offers and promotions.